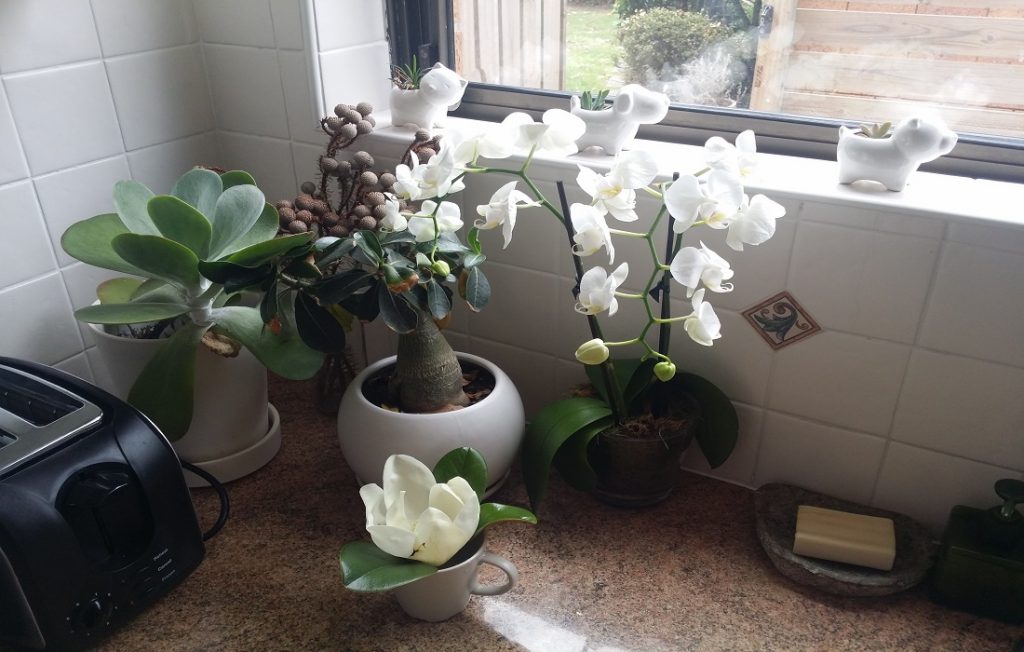 There are times when life gives you a tiny reminder to always appreciate what you’ve got.

Like yesterday, I saw my best friend for the last time before she has a baby. As I caught the train to Concord West, I was meant to switch at Strathfield. But for some reason, somehow, I ended up in Parramatta: “How?” I shrugged. I hadn’t even noticed it stopping at Lidcome or Strathfield– maybe it never had? I stepped onto another train a little perplexed and found myself standing opposite a mother and daughter.

The daughter looked about my age. She was wearing knee-length, denim shorts and a t-shirt, and had a cool 60s style bowl haircut. The kind that Twiggy had during her early heyday. She was really pretty and her mum was reading a Chinese soapie magazine.

I didn’t really notice her at first. And then I saw her pet the little Indian girl next to her– on the shoulder, as if her t-shirt was incredibly new and interesting. Her eyes were vacant and every so often, she’d slowly turn her glass bottle full of water and two slices of lemon, over in her hands. Once in a while, she’d give a big smile. Then, she’d stand up suddenly and rest her face against her mother’s head or lean in to give her a kiss. All of her movements were child-like: the slow, jerky marionette movements of a baby when they’re really young and just learning to move.

Her mum would just gently push her hand away from the little Indian girl or smile a little in response to her kisses. She looked pretty exhausted. So stoic. Caring for her adult daughter.

And then, as I was catching the bus home, a man (who was again about my age) got on the bus with another older man who was in his 60s. The older man had white hair and was wearing camel coloured pants and a polo shirt: “Come on, onto the bus we get”, he said. The younger man was wearing a special helmet- the kind people wear after they’ve suffered a head injury. He was also holding a digital camera: a point and shoot. He aimed the camera at everything: click, click click. I could see the pictures through the preview screen: the bus driver, the bus pole, the bus window, the roof, his carer’s ear.

They stayed on for two stops and the old man was so kind and patient. As they got up to get off, the younger man kept taking pictures- ten pictures for every slow step shuffle: “Did you get enough photos?” the bus driver asked with a smile. The old man laughed: “I sure hope so!” And then they were gone.

It suffices to say that as I reflect on this sunny Tuesday morning, we really are so lucky to have our health and to be able to learn and live independently. To have all the opportunities we get each day to stretch and experience everything.

Let’s make the most of today and be awesome. And to all the carers and parents out there: hats off to you as we all stand slowly giving you a giant, thunderous round of applause.